The computer does not, however, understand high-level languages. It only understands programs written in 0's and 1's in binary - this is called machine code.

To convert source code into machine code, you use either a compiler, an interpreter or a mix of both (Jiter Languages).

There are differences between all of these three approaches. Neither approach has a definite advantage over the other - if one approach was always better, it is likely that we would have already begun to use it everywhere, and we would have way less programming languages.

How does a Compiler work?

Above is a good graphic that describes more visually, how most compilers function. But now let's get to the less visual way 😉.

But watch out! The word “compiler” does not automatically mean that it outputs a lower level machine code

Generally speaking, a compiler is just a program that translates one programming language (Source Language) into an equivalent program in another language (target Language).

How does an Interpreter work?

An Interpreter also translates Source Language into an equivalent program in another target Language.

But the Key difference to a Compiler is that it goes through Source Code line by line, verifies the lines syntax and semantics according to the language and then runs this line instantly before going to the next line and doing it again.

By the way, this running line by line thing instead of checking everything beforehand is also why a Compiler will give you almost all errors at once before running, but an interpreter will run your code till it hits the instruction you have written wrong.

But I am drifting away, I will get into the Pros and Cons more thoroughly down below by comparing each language type to each other.

How do Jiter Language work?

This third programming language type is a mixture of concepts used in a Compiler and an Interpreter.

A Jiter Language works likes this:

This concept of an Intermediate Code Language enables you to write in many High level languages with the same interpreter being able to run it.

The .NET Framework for example, allows you to write in C#, F#, Visual Basic .NET and many others, but you only need the ONE .NET Framework to run them all.

To summarize again, the difference between Compiler, Interpreter and Jiter programming languages is actually only when and how the source code is converted into Machine Code.

In the case of compiler languages, the code is compiled once by the developer.

In interpreter languages, the code is "compiled" (converted into machine code) by the end user each time it is executed.

And with Jiter languages, the developer converts the source code into an intermediate code language, which is then later converted into machine code by the end user at runtime.

Of course, all three methods have their own advantages and disadvantages, which are listed in the following table:

Why is HTML not a programming language?

HTML does nothing, remembers nothing, computes nothing, decides nothing, writes nothing and reads nothing. It is a markup language, a way to store like data and tell info about that data.

On the other hand programming languages are used to do something, store variables, decides things, write and read data. 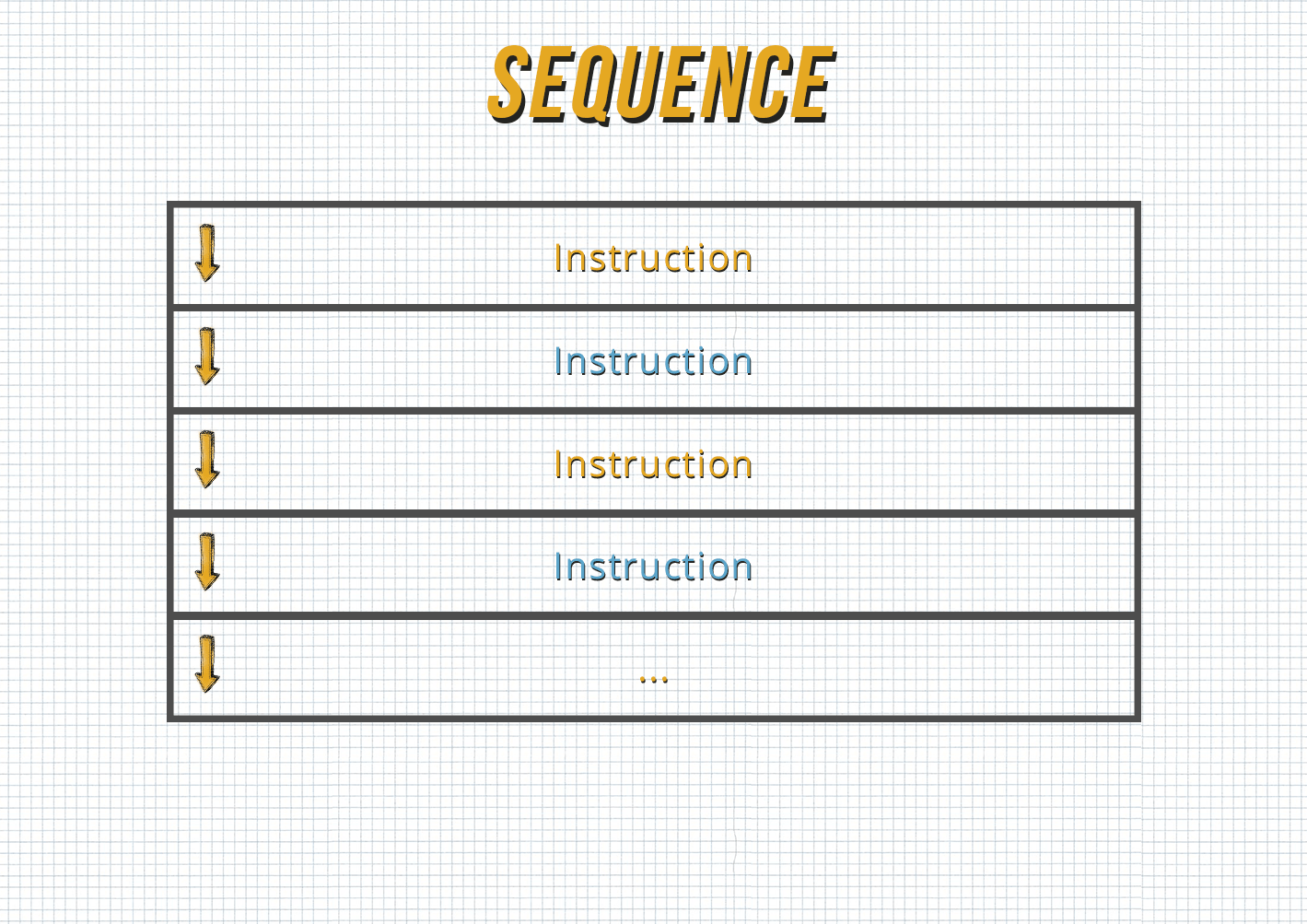 Sequential execution is when statements are executed in a given order, it follows a serial or sequential flow in which the flow depends on the series of instructions given to the computer.

Unless a special sequence is defined, the Instructions get executed in the obvious sequence - one after another.

This control structure is what I meant when I said that HTML may just be lacking two of the three control structures. That's because you might argue that, because HTML is read from top to bottom, that it has a sequence.

Selection is the process of the Computer deciding which code to execute and which code not to execute based on some conditions that have to be met.

Iteration (or looping) gives computers much of their power. They can repeat a sequence of steps as often as necessary without you having to write the code multiple times.

See the following code examples to see how these two types of loops can be implemented: